top of page
This site was designed with the
.com
website builder. Create your website today.Start Now

"The moon shines over the White City. Dogs look out from the balconies. It's already three hours before morning. From the direction of the sea you can hear the young surfers, how they shout out at the sky." Assaf Amdursky

As of last July, I moved to Tel Aviv. I'm new here, sort of. I was born here but left at four years old and until the move returned only on summer vacations to eat ice pops and bourekas by the beach.

It's a party town. To put it in perspective: there's a liquor license for about every 200 people.

It's cool and hip and messy the way a big city is, in a Middle Eastern sort of way-- what Israelis call "balagan." Walking near the Carmel Food Market on any given day you might stand on a street corner and watch not to get run over by a cyclist who just returned from a spiritual retreat in India, but anyways bump into a group of three young friends jogging and laughing, all while around you a new mom balances a big box from a bakery on one hand and a toddler on the other, while her husband carries baby number two in his baby bjorn, and smell garbage and pizza and falafel and sweat and construction.

It's a young city, founded in 1909, in a young country where the who we are changes every decade. It's got some hella good shopping, but it's not a consumerist place. And everywhere the signs of a changing face can be seen in the skyscrapers reaching towards the sky, like pencils coming out of their boxes unevenly.

It's political and complicated. Prior to moving here I spent a summer living across from Kikar Rabin, Tel Aviv's main city square, and I'd say that every Monday, Wednesday and Thursday there was a rally for or against a political issue.

Tel Aviv is international, with English, French and other languages spoken around town together with the Hebrew. There's a rich cultural life, with tons of events, talks, live music, local fashion, and food. It's a hub for the LGBTQ community, it's mostly sunny, and it is quintessentially Israeli, even if it is feels mostly removed from the security concerns and political leanings of the rest of the country (hence why Tel Aviv is often called the "Bubble").

And Tel Aviv it is also where I live now. It's a great place, but a different place too, from what I'm used to. Tel Aviv is both home and abroad for now.

View from Tel Aviv boardwalk and one of the city's old school iconic buildings, which was an ombre rainbow before ombre rainbow was a thing.

Sunset over Hilton Beach in Tel Aviv. AKA my new happy place. 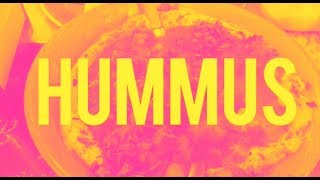